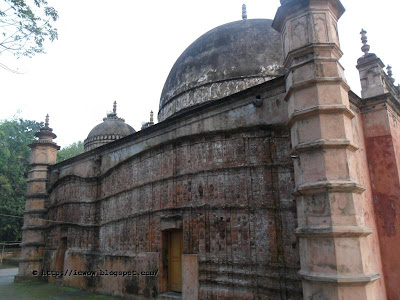 This musjid is around six kilometers from the Tangail(টাঙ্গাইল) city. there's alittle stream flowing close to the musjid, name is Louhojong Nodi(লৌহজং নদী). The musjid could be a tiny one and live around 18m by 12m.
The musjid has four spherical domes at the highest. One is that the larger, that is found at the west a part of the musjid. different 3 area unit smaller sized and set at the side of the musjid. All 3 domes area unit during a single row. Its just like the larger one is that the Imam(ইমাম), and different 3 area unit Musalli(মুসল্লী).

All the domes area unit ornate at very cheap half and having alittle tower like object at high. The musjid has four pillars at the four corners. every of the pillars area unit trendy and adorned nicely. 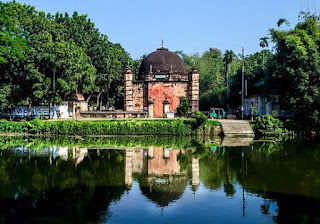 Tangail sweets is very tesy.
Posted by Unknown at 2:38 AM No comments:

Posted by Unknown at 2:34 AM No comments: